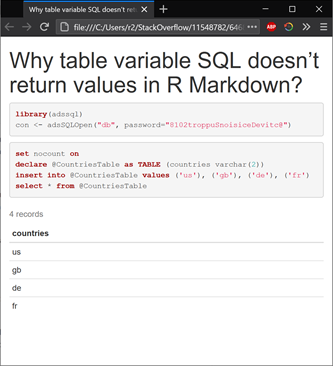 Ultimately, I believe the issue is that DBI does not deal with with multiple result-sets. While I had expected that odbc‘s PR 345 would have addressed this in odbc-1.3.0, it does not seem to deal correctly with the first resultset (4, number of rows inserted) and the second (four rows of data).