There are a few things you may want to note. First the closing-commands.

Although these are handy commands, the are meant to be used when working in the command window and one should think twice when using them in scripts and never use them in functions. Why so? You might forget that you have used them and consequently, you code behaves unexpected. In particular if you call multiple functions/scripts, which all manipulate the same windows or output.

The command figure opens a new figure window. So every time this command is issued, a new window pops up and is set to “active”, i.e. it is automatically the current figure. It returns its specific figure handle if you assign an output to it: fh = figure('Name','Figure A'). If you later what to activate a specific figure, you can call its handle: figure(fh). The function gcf always returns the handle of the current figure.

Now, let’s see for example, in function createSurfCylinder, you are calling

The plot()-function draws a line into the current axis (if not existing, it opens an axis). It can take as a first input a specific axis handle. The default is gca, which is a function meaning something like get current axis.

So to have all control over your plots, keep track of the handles. I always go like this:

With the command subplot one can arrange multiple axes in one figure (here you need to be aware of the difference between a figure and an axis, and why there are two different types of handles). For example 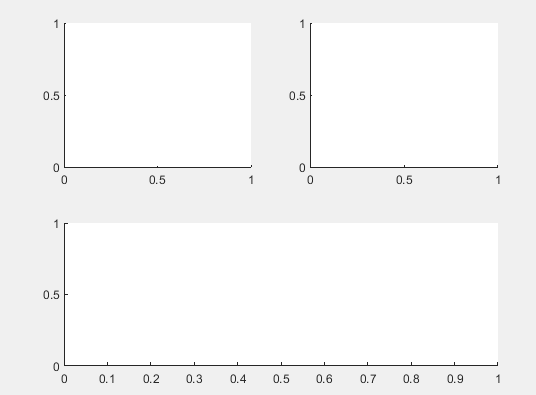 (yes, I usually first open all axes and than fill them with graphs/lines)