The flow of a command can be seen below: 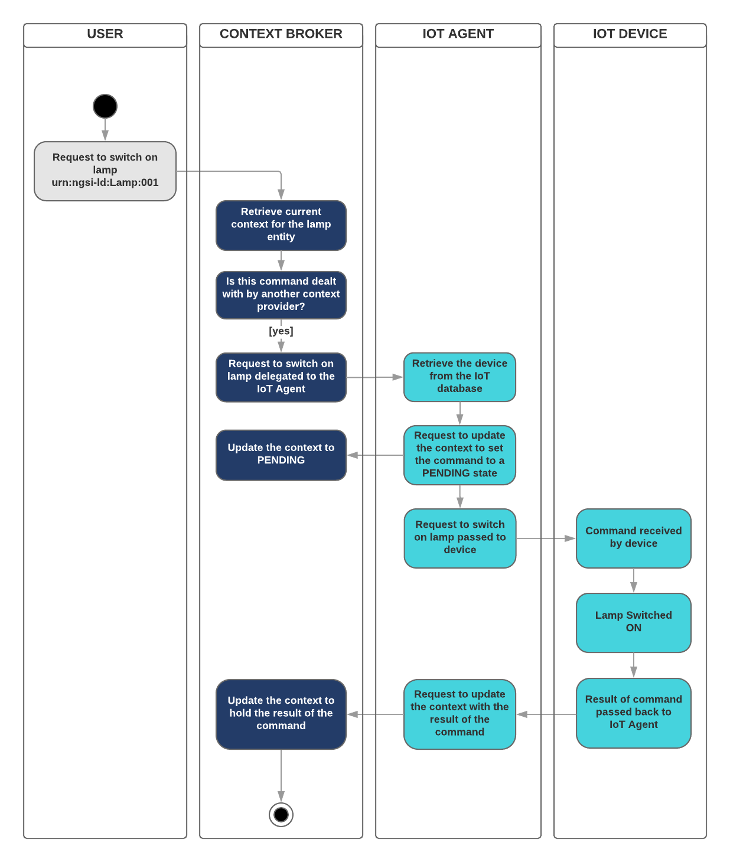 Assuming your command has reached the lamp and it has turned on, the result needs to be passed back into the IoT Agent. For the JSON IoT Agent, the payload looks something like this:

Where the key is the name of the command, and the value is the status. My guess is that your device is just responding 200 OK without a payload, so the IoT Agent doesn’t know which command has fired.

Note that in the case of a distributed network (e.g. MQTT or AMPQ) the response will be posted asynchronously on another topic so the command may be left in a PENDING state for some time.