I asked about this on the ESLint Discord server and got this answer from Nicholas Zakas. I’m assuming it’s the definitive answer since, as the original author and top contributor, if there was an alternative I imagine Nicholas would know.

He proposed I create dummy rules for these rule names;

@keved I’m not sure there’s much else to be done. You’re referencing a rule that doesn’t exist, which is an error. The only other thing I can think of is to create a dummy plugin in your repo that is only referenced during the Travis build. As long as a rule exists with the given name, you’ll avoid the error. The rule doesn’t actually have to do anything so you could just have one dummy rule and assign it to every rule name. 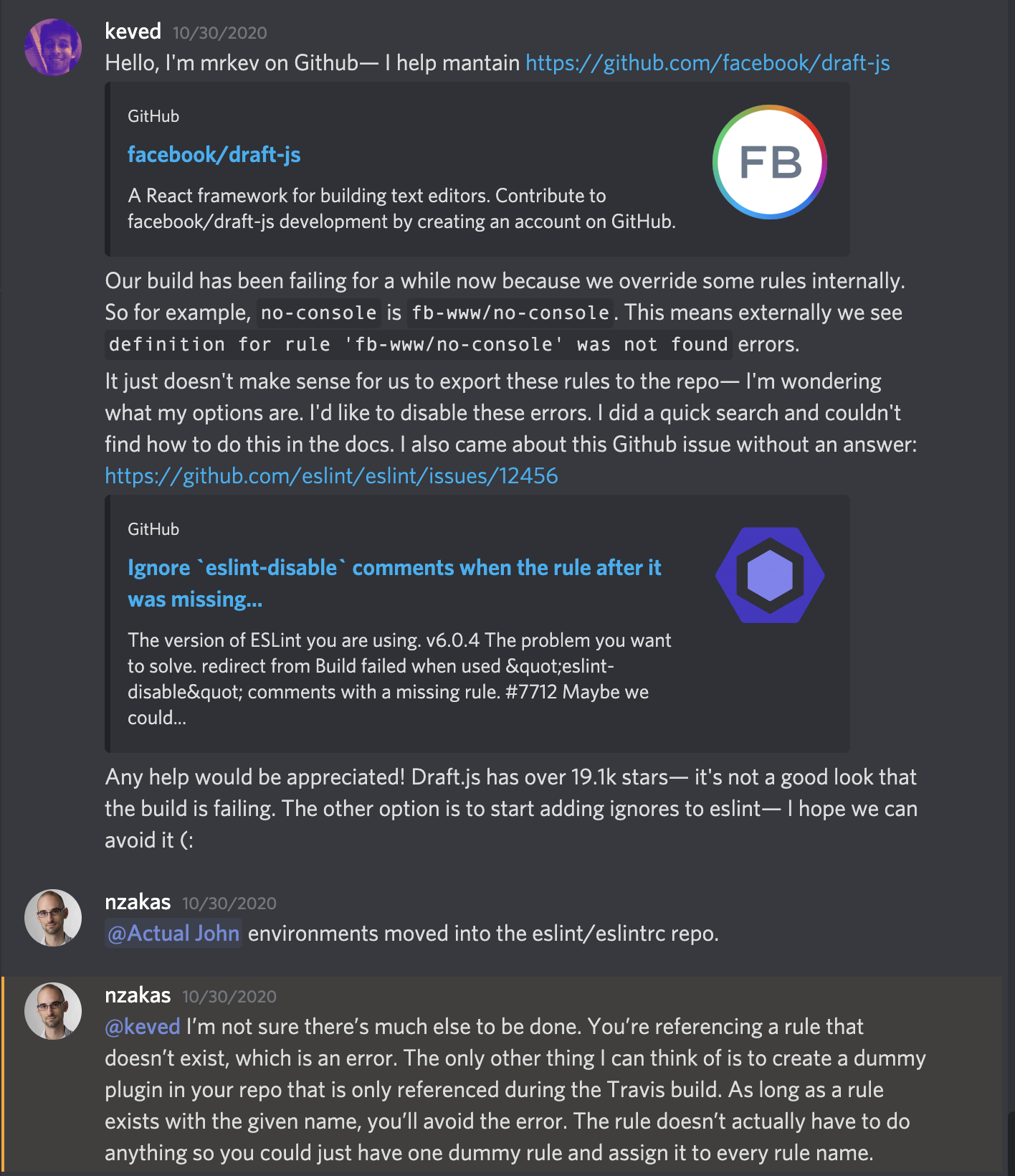